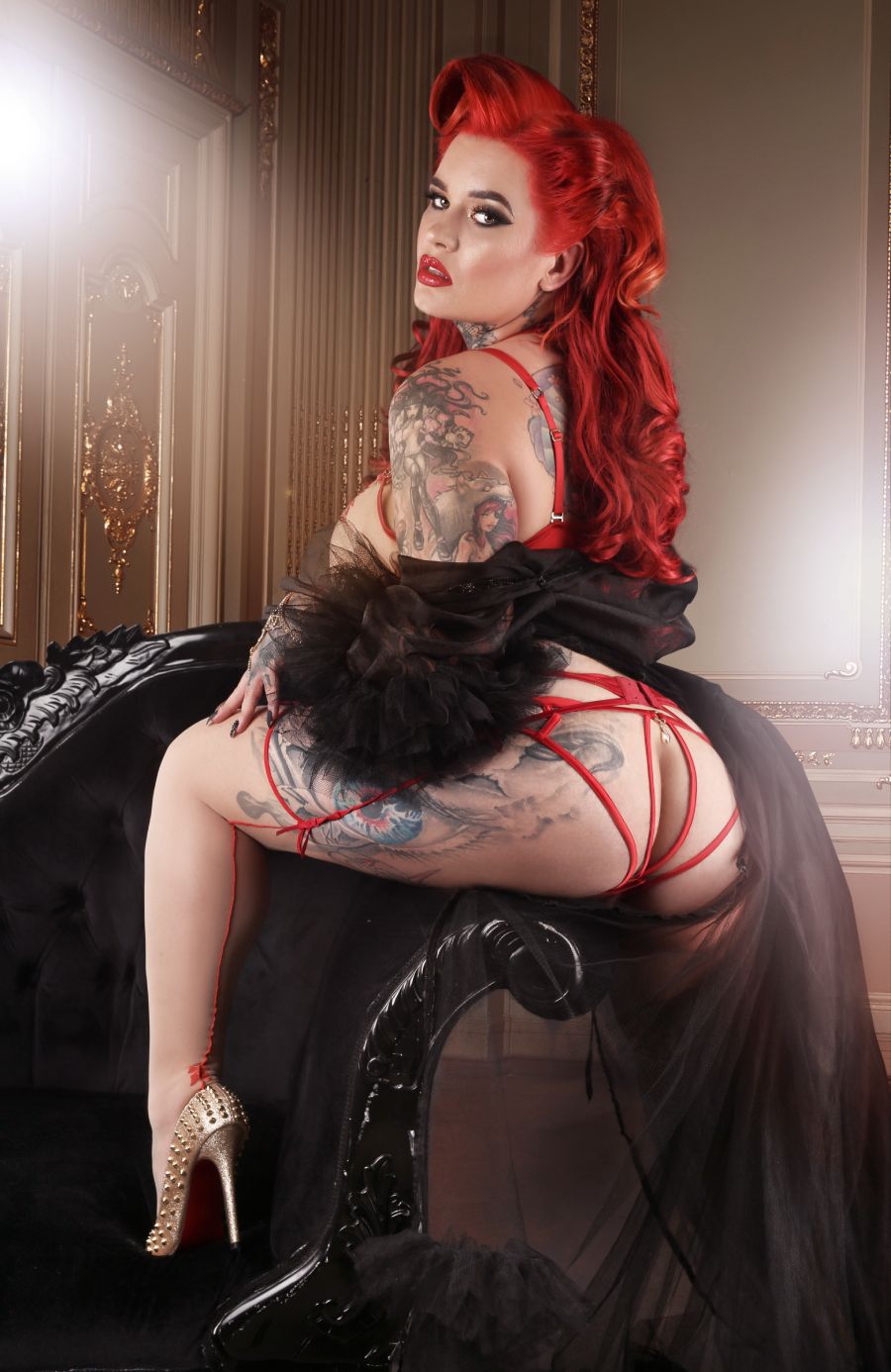 “My inspiration behind that scene was a horror movie called ‘Lights Out.’ Since the scene was released near Halloween, I wanted to give it a little spooky and creative vibe. I came up with concept of scene based on Alec’s real-life story and his deepest fears and phobias. After the shooting with Alec, I must admit it was a therapeutic and mind-opening experience that also let him discover that he may have new sissification kink that he never knew about. I love that my work with Kink allows me to be not only creative, but also allows me to reconnect with my industry friends on totally different levels,” says Sabien DeMonia.

Sabien DeMonia, a content creator, fetish model, adult star, and entrepreneur, was featured on the cover of Kink Queens Magazine for Issue 19 A and Issue 19 B, Fall 2018.