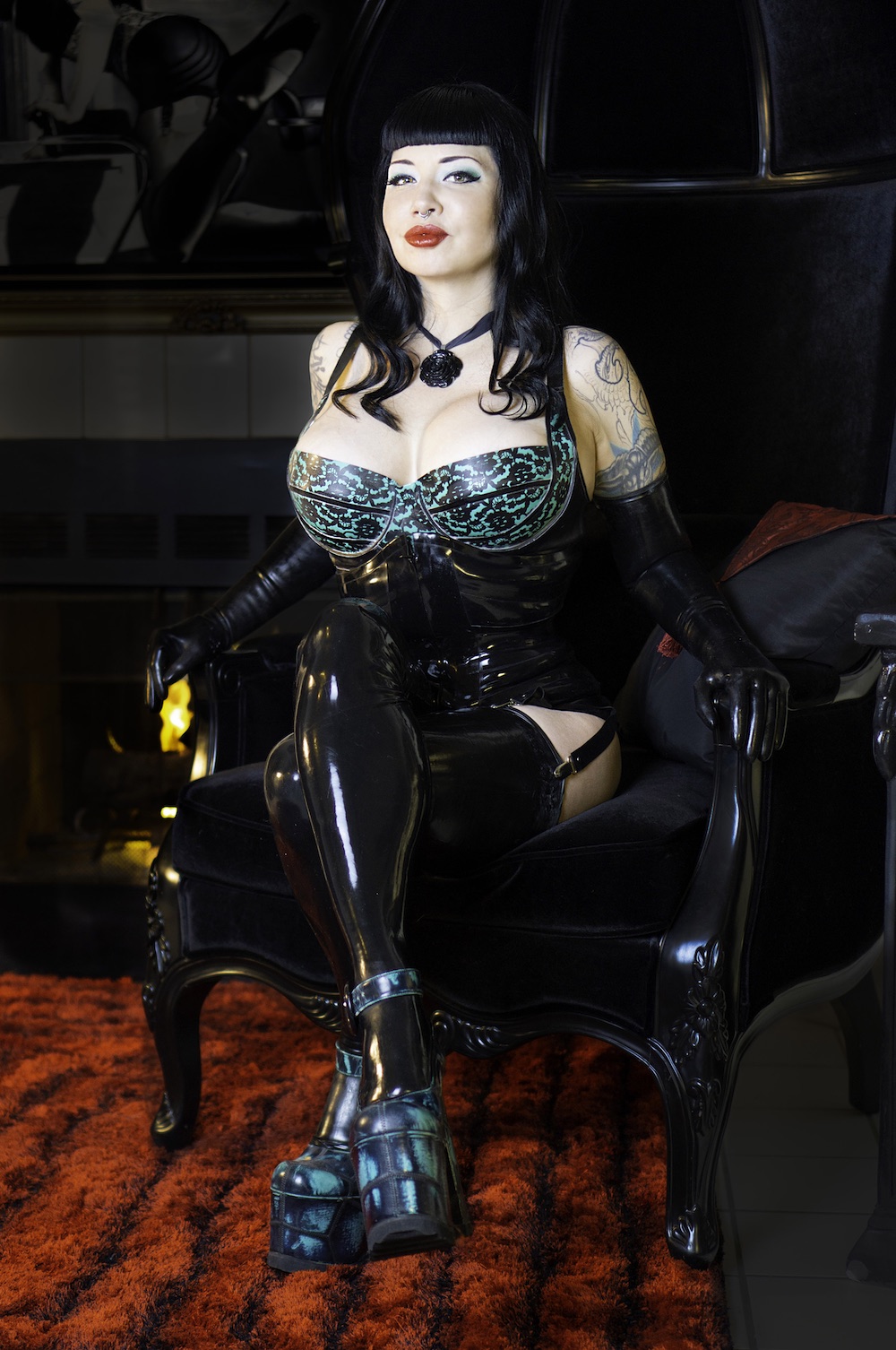 Ms. Sinstress has returned to filming and has a brand-new must-see series that has all the elements her fans love, including bondage, mummification, CBT ball weights, electrical play, teasing, and coerced orgasm with a milking machine.

“Bazoo – Bound & Mummified (Part 1)” is available now. Bazoo the Cloun gets him bound and mummification cherries popped. He’s collared and restrained by a flirty and nearly naked Ms. Sinstress and gets his legs pushed apart by a spreader bar. Next, comes multiple layers of plastic wrap and rope put in place on Bazoo. Bazoo is completely helpless, yet hard, and he’s ready for whatever Ms. Sinstress has for him. Look for the next three parts to be released over the next two weeks on MyFetishAddictions.com.

“I’m so excited to be back to filming and pop Bazoo’s cherry for many different acts. He really enjoyed filmed with me…maybe a little too much. But, he was always under my thumb,” says Maya Sinstress.

Get a sneak peek before you buy the scenes à la carte or the entire series and see preview clips on onlyfans.com/MayaSinstress. To view the previews, you must be a subscriber of Ms. Sinstress’ OnlyFans. Indulge in her original content and join now for only $9.99 a month or get a bundle and save.

Before getting into the industry, Ms. Sinstress earned her degree in fashion, worked on music tours, appeared in several music videos, and ran the dungeon at Ozzfest. She’s performed live on the stages of the Sex Awards, America’s Got Talent, Fetishcon, Montreal Fetish Weekend, Secret Room Atlanta, and London’s Rubber Ball, as well as appearing on Showtime’s Sex with Sunny Megatron. As a Domme, she’s always been her own boss with dungeons in Chicago, Portland, and Vegas. Ms. Sinstress spends a lot of time filming her content and accepts select sessions. She’s starred in Julie Simone, Club Domme, and Severe Society productions and graced the pages of Gothica de Fetish, Marquis, DDI, Gothic Beauty, Dominant Mystique, The L, and Chicago magazines.