(Amsterdam, Netherlands) – Kiiroo announces Nicolette Shea as the newest part of the Feel Stars Collection, based on the intimate molds of some of the world’s most tantalizing models, the Feel Stars. The Collection was created to support Kiiroo’s flagship pleasure product for men, the KEON. 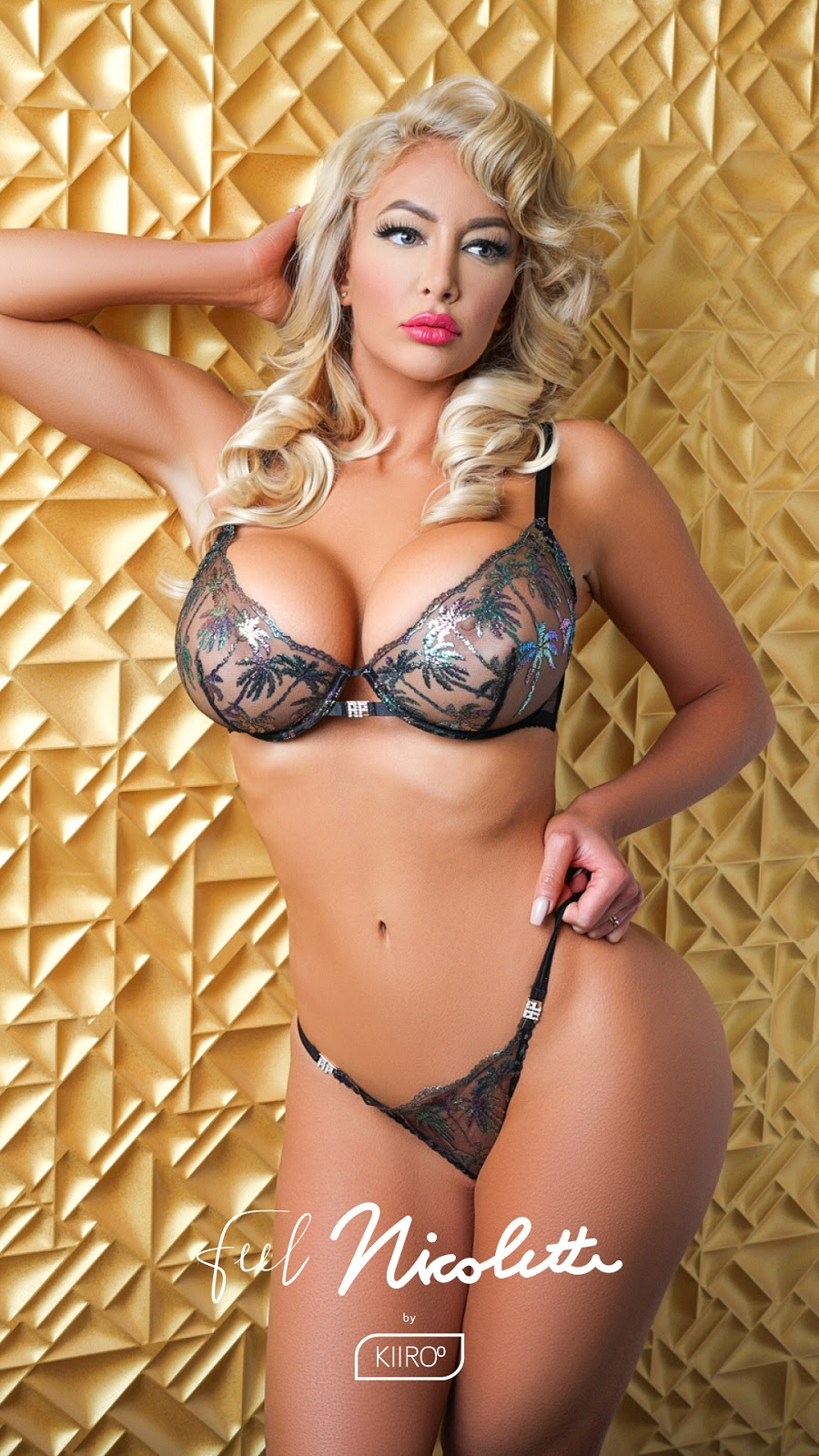 Stunning Nicolette Shea makes her Feel Stars debut with a one-of-a-kind texturized sleeve that vividly replicates her warm, welcoming orifice. Paired with the Keon, the FeelNicolette Shea stroker interactively strokes in perfect synchronicity with the user to mimic a real-life visual and tactile sensation that takes the whole experience to unimagined heights.

“I am so honored to be a part of the brand-new ‘Feel Stars collection of Kiiroo pleasure devices for men,” said Shea. “Kiiroo has such an incredible reputation as one of the most high-quality and tech-forward brands in the industry to deliver next-level excitement.”

Each of the custom-made inner canals, bumps and ridges are consciously designed by Kiiroo’s talented technicians to perfectly accommodate KEON users in bringing to life the most realistic and authentic personal encounters possible.

“From the moment we met Nicolette we knew she needed to be one of our Feel Stars! Her energy, her love for her work and her love for her fans really shines through in everything she does. We are thrilled that we can now bring fans of Nicolette Shea one step closer to feeling Nicolette, and experiencing her in a way that they haven’t before.,” says Kiiroo CEO Toon Timmermans.

To find out more about going interactive with ‘Feel Star ’and getting in sync withyour favorite star and KEON, visit Kiiroo.com.

KIIROO is an award-winning interactive sex toy company based in Amsterdam, between the city’s business and famed Redlight district, that has been a leader in the teledildonics industry since 2013.

Working at the intersection of technology and human interest, KIIROO has developed one-of-a-kind innovation, FeelTechnology™ that enables users to be intimate, no matter where in the world they are. Along with its interactive devices, a highly secure social networking platform was created to provide a safe place for online interaction.

KIIROO is constantly innovating to forge new and better ways for people to connect from a distance in an increasingly digital world.

Super-sexy blonde goddess Nicolette Shea is one of the hottest stars in the adult industry, and no one has to wonder why: the California-born glamour model and performer has earned her way to the top of the business by working hard and loving every minute of it.

The vivacious 5’10” beauty is proud of her ample gifts, saying, “I own how tall and curvaceous I am” - which has served Shea well since she started feature dancing at 18. In 2011 the star was named Playboy's October Cybergirl of the Month, which led to a series of racy shoots for Playboy Plus and several men’s magazines, including Maxim and FHM.

Now based in Las Vegas and an avid poker player in her off-time, Shea - who skyrocketed to worldwide mainstream fame in 2018 as a model for Kanye West’s Yeezy 500 Supermoon Yellow footwear campaign - commands a millions-strong social media following of loyalists she calls her ‘Shea Squad’, and is among the top .03% of content creators for OnlyFans. Find and follow Nicolette Shea at ClubShea.com and on Twitter @nicolette_shea and Instagram @sheasexyy.