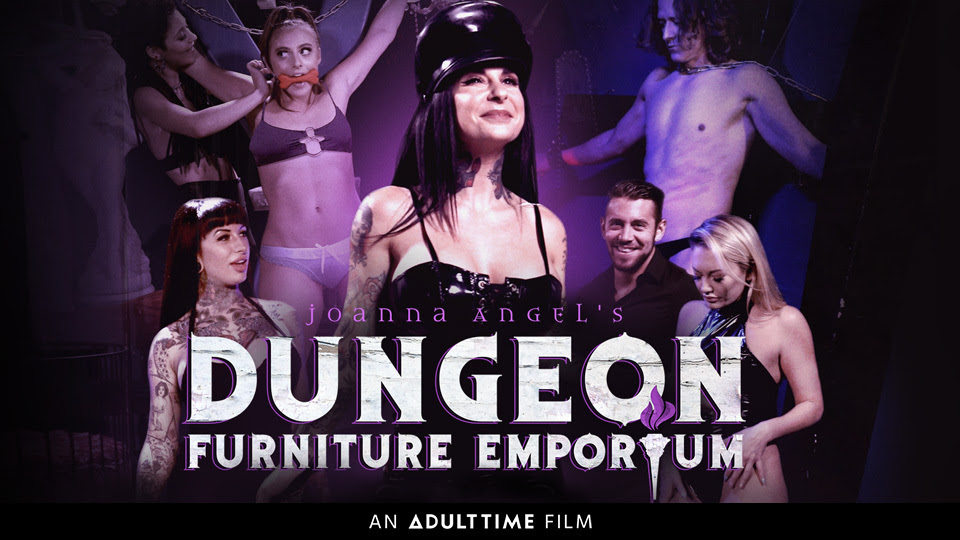 “It was the type of movie that was hard to shoot because the cast just kept on laughing- something you just don’t do often when you’re shooting in a dungeon! The cast all did such an incredible job, both with their dialogue, their comedic timing, and their mind blowing sex scenes. This is an amazing start to 2021 and it’s just the beginning!”

Burning Angel is accessible to all members of Gamma Films studios' sites, as well as on the Adult Time platform at Adulttime.com, home to the most extensive catalog of award-winning content with access to more than 270 channels, 55,000 scenes and 8 new releases per day - all in one subscription.

About Burning Angel:
Co-founded in 2002 by the award-winning Joanna Angel, Burning Angel is one of the most recognized studios in adult, offering a refreshing mix of sex, rock n’ roll, and pop culture.  Since its launch, Burning Angel has grown from a fierce indie company to a world renowned brand and now features over 1500 episodes as part of the Adult Time platform.

About Adult Time:
Launched in 2018, Adult Time is a streaming service exclusively for adults.  Created by award-winning filmmaker Bree Mills, who also serves as Chief Creative Officer, Adult Time is a platform built by fans who believe in a future where mature audiences can safely, securely, and proudly have a place in their lineup for premium adult content.